Li Keran (March 26, 1907 - December 5, 1989) was born in Xuzhou, Jiangsu Province. He is the outstanding painter of modern China. Li Keran was fond of painting since he was young, and learned landscape painting at the age of 13. At the age of 43, he was a professor at the Central Academy of fine arts. At the age of 49, he traveled tens of thousands of miles to sketch from nature to transform landscape painting. At the age of 72, he was vice chairman of China Artists Association and President of Chinese Painting Research Institute. In his later years, his pen became old and hot. He is good at painting landscapes, figures, especially cattle. 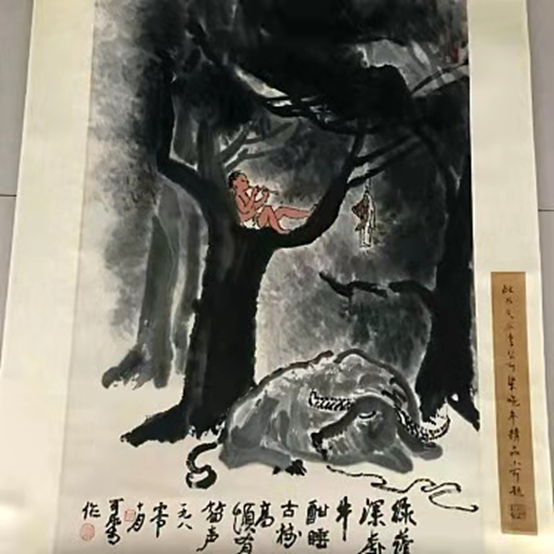 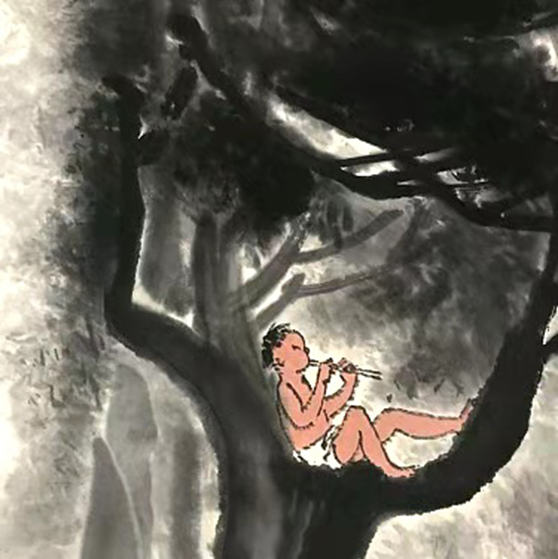 Li Keran is a great poet who recites poems with paintings. His paintings are all poetic, and the picture of cattle herding is his pastoral poetry. This painting shows a shepherd boy riding on a cow's back in a field in the south of the Yangtze River Li Keran expressed the close relationship between the shepherd boy and the buffalo. The buffalo depicted by Li Keran is magnificent, simple and unique. The use of ink is just right. The change of ink levels clearly distinguishes the cattle's bodies together. With the methods of light ink, thick ink, scorched ink, waterlogging and overflow dyeing, the texture and dynamic of buffalo appear on the paper. The lines of ox horn and shepherd boy's clothing are ancient and unsophisticated, with a strong sense of strength. The strokes are vigorous and spicy. They seem to be freely wielded, but they are full of fun. 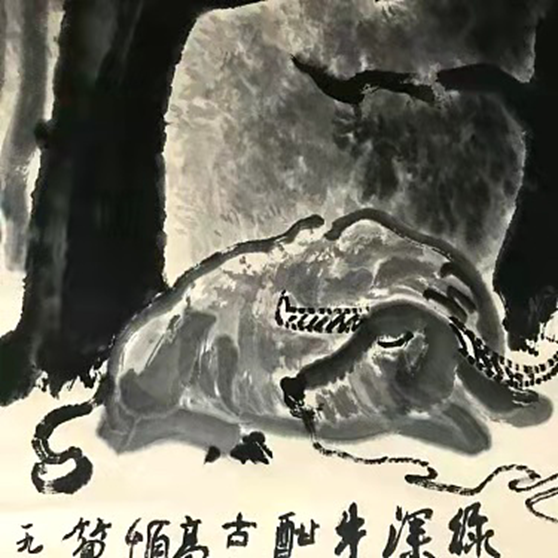 That naive shepherd boy, swaying branches always convey delicate and implicit feelings, which is completely Chinese style. The interest of life and the continuous warm breath are fascinating. In the painting of cattle herding, his ink is the most bold, bold and unconstrained, and the structure of his composition is also the most novel. Because when drawing the picture of cattle herding, his mood is the most relaxed and the least burdenless, so he can always draw as he pleases. Therefore, some of Li Keran's masterpieces of pen and ink often appear in the series of cattle herding pictures. Therefore, Li Keran's cattle painting, like his landscape painting, is the double peak of his artistic life. 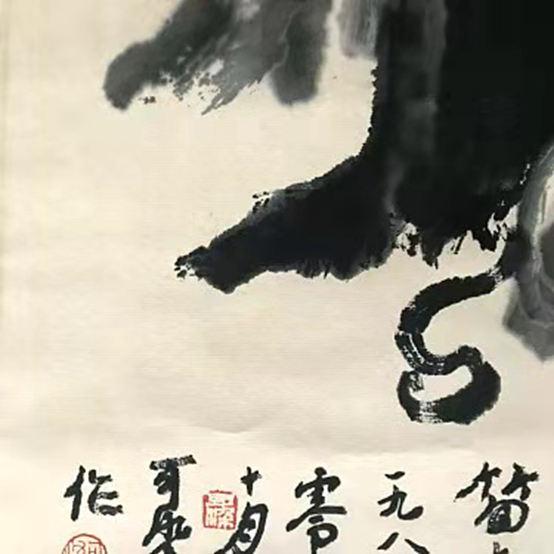 Professor Li Gongming of Guangzhou Academy of fine arts said: "in the process of the transformation of new Chinese painting, Li Keran's achievements in sketching landscapes and red landscapes in this new tradition are of original significance." 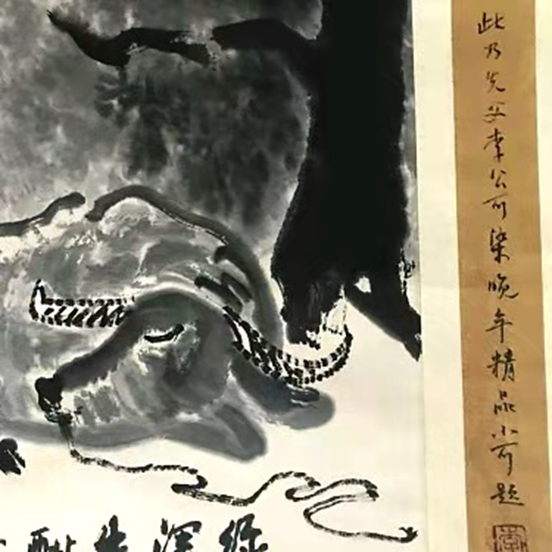 Lao she wrote in the exhibition of Li Keran's freehand brushwork that "in poverty, I can occasionally see a few good paintings, and my spirit is invigorated."

In the preface of Li Keran's Chinese painting exhibition, Wu Zuoren said: "art has a wide range of fields, but it is ingenious in landscape. The love between the peaks is hidden, and the clouds are filled with smoke, which was never caught by the ancients. The haze, shadow and tree light, win the color with ink, and create a realm to push forward the old. "

This painting is a masterpiece by Mr. Li Keqi, a famous painter in modern times. It has been appraised and signed by his son Li Xiaoke. It is a rare collection treasure! 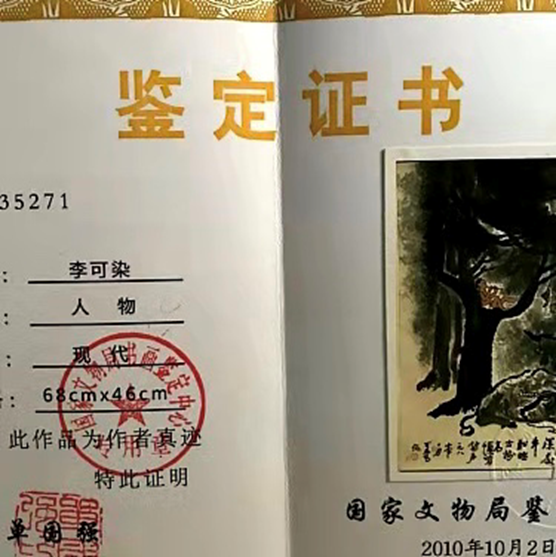 In 1999, Li Keran won the first prize in China's Jiade auction, with a transaction price of 4.07 million yuan, which created the highest auction price of Li Keran's works and the highest price of Chinese painting sheet, which immediately shocked the whole painting and calligraphy industry and the auction market.

For the same series, at the Beijing Rongbao auction in 2000, the price of another piece, Wanshan Hongquan (3.1 square feet), soared all the way under the fierce bidding of many buyers. Finally, the price was settled at the price of 5.016 million yuan, making the auction price of Li Keran's works and the price of Chinese painting sheet reaching a new high.