About the author: Qi Baishi (1864-1957), whose ancestral home is Dangshan, Suzhou, Anhui Province, was born in Xiangtan, Changsha City, Hunan Province. The original name is Chunzhi, the word Weiqing, and the name is Lanting. Later, he changed his name to Huang, and his name was biansheng. He was named Baishi, Baishi shanweng, Laoping, hungry old man, the owner of borrowing mountain chanting hall, the old man of Jiping hall, and 300 stone printing rich man. He is a master of modern Chinese painting and a world cultural celebrity. In his early years, he was a carpenter, and later he made a living by selling paintings. He settled in Beijing at the age of 57. He is good at painting flowers and birds, insect fish, mountains and rivers, figures, vigorous and moist ink, rich and bright colors, concise and vivid modeling, and honest and simple artistic conception. The fish, shrimps, insects and crabs are full of natural interest. Qi Baishi is a calligrapher of Zhuan Li, which is based on the inscriptions of Qin and Han Dynasties. He is a master of seal cutting and is good at writing poems. He once served as honorary professor of the Central Academy of fine arts and chairman of China Artists Association. His representative works are "frogs come out of the mountain spring in ten li" and "Mo shrimp", etc. 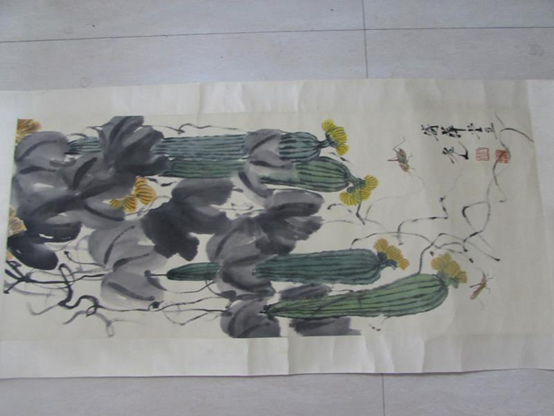 Strong local flavor, simple peasant consciousness, naive and romantic childlike innocence and poetic flavor are the inner life of Qi Baishi's art. The warm and bright color, the strong contrast between ink and color, the simple and naive modeling and writing, the extreme combination of work and writing, and the ordinary and strange composition are Qi Baishi's unique artistic language and visual shape The external life of Baishi art. The realistic emotion demands the form that adapts to it, and this form strengthens the expression of emotion. The two need each other, grow and depend on each other, which together constitute Qi Baishi's artistic life, that is, the overall style of Qi Baishi's art. 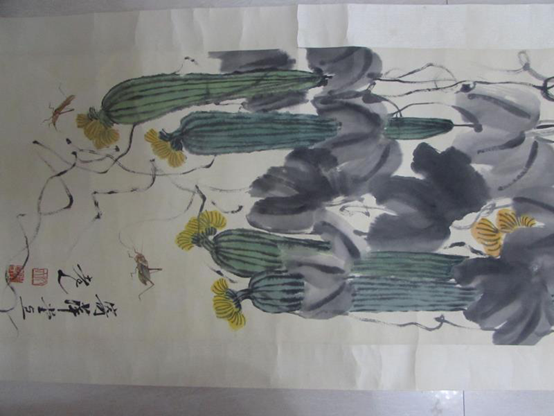 The grass insects in his works are delicate and delicate, or the freehand brushwork is vivid. His unique artistic language, gongchong flowers, makes those grass insects that used to be ornamented by flower paintings become the real protagonists and centers of the works, which is full of the painter's sincere feelings for these small creatures.

In Qi Baishi's grass and insect paintings and other flower and bird paintings, a word often appears: "stealing from the grass", which is actually a painter's deep understanding of his own being in a chaotic world.

Qi Baishi lived for nearly a hundred years, which was the most turbulent and painful period in Chinese society. The Sino Japanese War, hundred day reform, 1898 coup and gengzi incident A little disobey, catastrophe to, not a day is not afraid of the whole life. Therefore, Qi Baishi found resonance among the grass insects who lived in the grass, often with self metaphor. 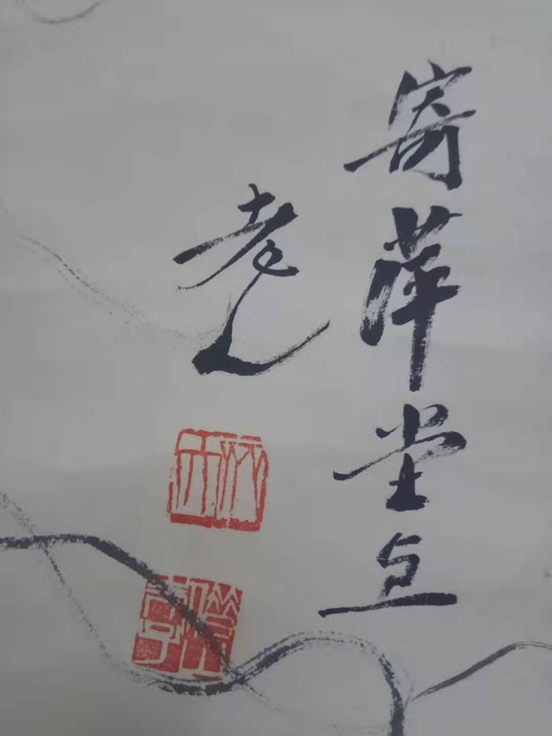 His paintings of grass and insects show the appearance of flying, whistling and leaping. When they turn, they fold their wings to see their movements; when they fly, they vibrate their feathers like the sound of the wind; when they whine, they can hear the sound. It is breathtaking, showing a strong painting skills, and has become a wonderful flower in the history of Chinese painting.